The following dates can be found on the tree piece found inside City Hall at the Lake Tahoe Airport. The numbers on the tree match the historical event below:

3.  1856 – John “Snowshoe” Thompson was hired to carry mail from Placerville to Genoa 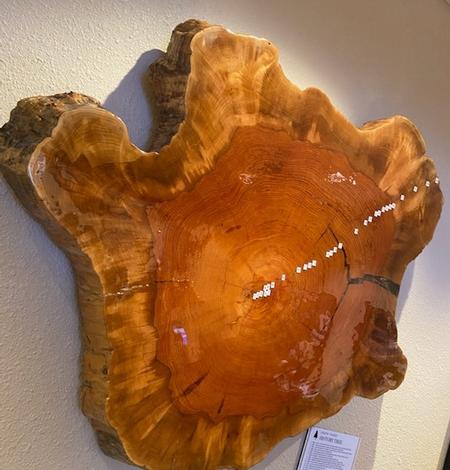